Miljen Matijašević graduated in English and French languages at the Faculty of Philosophy in Zagreb. He was awarded a Rector's Award for the academic paper 'Language Learner Strategies in Adult EFL Learners'. He worked as a teacher of English and French at the Foreign Language School 'Class' from 1998 to 2009. In the academic year 2004/05 he worked as a lecturer of English at the English Department of the Faculty of Philosophy in Zagreb. He has participated in numerous seminars and conferences in Croatia and abroad, both as a listener and presenter.

He teachers courses in English for lawyers and legal translation. For a number of years he worked as an associate translator for the Department of Translation of the Ministry of Foreign Affairs and European Integration, where he took part in translating the EU acquis and materials for the negotiations between the Republic of Croatia and the European Commission concerning Croatia's accession to the EU. He completed a specialist postgraduate programme in translation with the final paper entitled "Translation from English into Croatian and from Croatian into English with a special emphasis on the area of legislation". 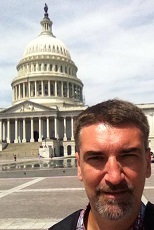