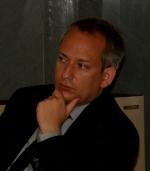 Remissio mercedis – is there a need for a special provision of the Croatian Obligations Act?

William of Tyre and the Case of Ralph of Domfront (Historia Ierosolymitana XV, 11–17) – Communicating Legal Knowledge and the Romano- Canonical Procedure

On the Contract of Sale in the Kingdom of Jerusalem

On the notion and elements of "trust"

On the Role of Roman law in the Crusader States. Allocation of Risk and the Ransom of Captives

Presumptions Between Civil and Canon Law

What did William of Tyre learn in School? Church, Roman Law and the Kingdom of Jerusalem

Liber casuum. Casebook for the Exercises in Roman Law of Obligations

Andautonia. An example of local self-government in Pannonia

On the creation of Sicherungsübereignung

Pignus rei immobilis as Similar to fiducia? Legal Concepts of Real Estate Lien in the Tripartitum

Some considerations on the formation of stipulatio

Unjustified enrichment in the case of immoral or illegal cause

On the Legal Protection of Fiducia in Ius Civile

The Legal Status of Municipium Andautonia